Our hotel has been around for sometime but not always as a hotel. We thought you might be interested to know a bit about what has been happening here in the past. 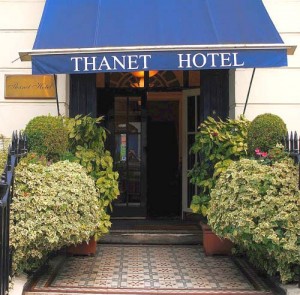 For generations No.8 Bedford Place has been home to people from all walks of life, from a serjeant-at-law, to a retired commander of the Royal Navy. We take pride in our hotel and its history and hope that for however long you’re in London, the Thanet will be somewhere you too can call home.

Number 8 Bedford Place occupies in part the site of old Southampton House, laid out in the early 1660’s for Thomas Wriothesley, 4th Earl of Southampton.  It was renamed Bedford House in 1734 when it was acquired by the Duke of Bedford, who owned vast tracks of land hereabouts.  In 1765 the weavers of Spitalfield attacked Bedford House after the Duke criticised a bill on imported silks.

Bedford House was demolished in 1800 and No.8 Bedford Place constructed over part of the site in 1802-03.  The first occupant was Serjeant Eric Parker.  A serjeant-at-law was a superior type of barrister appointed by Royal Writ.  The order dated form the very early Middle Ages.  One is mentioned in the Prologue of Chaucer’s Canterbury Tales.  Serjeants were originally few in number and were allocated a pillar in old St. Pauls Cathedral, where they met their clients.  The name derives from the Latin, servientes ad legem, as they were originally viewed as servants.  They were also known as ‘the Order of the Coif’ from the rounded patch of black and white cloth worn on the top of their wigs.  By the 14th Century they had secured virtually complete control of the legal profession in England.  On appointment as serjeant, a barrister left his Inn of Court and joined Serjeants’ Inn, his arrival being marked by lavish feasting and ceremonial.  Until 1846 serjeants enjoyed a monopoly of  advocacy in the Court of Common Pleas, and until 1875 they alone could be appointed superior court judges.  In Chapter XXIV of The Pickwick Papers Dickens immortalised the names of Serjeants Buzfuz and Snubbin, leading counsel in the celebrated breach of promise action.  After 1868 appointments were confined to those about to be created judges.  The last appointment of a serjeant was in 1875.

About 1815 – the year of the battle of Waterloo – No.8 Bedford place was acquired as their London town-house by William Courtenay, a prosperous City mercer (or draper) and his wife, Lady Henrietta, a daughter of the 10th Earl of Devon.  In William Courtenay’s day, this house boasted a staff of twelve, including a butler, two footmen, a housekeeper, three parlourmaids, a cook, an undercook, and a ‘tweeny’ – or between-stairs-maid.  The latter’s duties lay chiefly in the kitchen, although she would have been sufficiently presentable to be seen upstairs silently cleaning or carrying coal.  If she was typical of her kind, she was ignorant and commonly spoken.  No right-minded master or mistress ever spoke to tweenys.  When Lord Brocklehurst was forced to do so in The Admirable Chrichton, he found that he had so little in common with the girl that he could only ask: ‘And what sort of weather have you and the other servants been having in the kitchen?’.

Before 1828 William Courtenay sold this house to Thomas Stooks, a partner with James Elmslie in the firm of Elmslie and Stooks, East India merchants.  Tom Stooks commuted each working day by private carriage between Bedford Place and his offices at No.2 Abchurch Lane, City.  He was extremely wealthy, not least because this was an era when the world was making a financial killing in Asia – from the Court of Directors of the East India Company sitting in their ornate offices in Leadenhall Street, to the company’s network of military and civil servants out East.  One might add to this every member of the army (regardless of rank) the numerous independent merchants living in the three British Presidencies of Bengal, Madras and Bombay – and the whole array of native Indian rulers ranging from Moslem sultans and Hindu rajas, to hordes of freebooters scouring the villages. 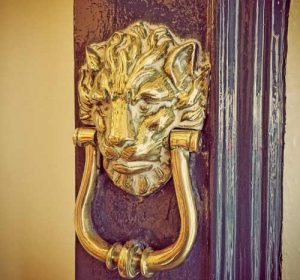 In April 1841 Tom Stooks was sixty years of age.  He shared No.8 with his wife, Eliza 50 and with his four daughters: Louisa 25, Eliza 20, Emily 15 and Ellen 10.  By 1861 he had died and the house was in the occupation of his widow, Eliza.  Of  her daughters Emily, Ellen and Louisa had all found husbands and only Eliza, now aged 29, was still living at home with her mother.  The ‘downstairs’ staff consisted of a butler, who came in by day, and three resident domestics: the 21 year-old footman, George Cox, a housemaid, Sarah Ashley 29 and the cook, Elizabeth Clark 39, who when asked her place of birth by the census enumerator in April 1851 replied that she did not know.

This is indicative of the confusion which arose in people’s minds about the most basic facts of life before the dawn of the age of universal literacy. The labouring and servant classes of the Victorian era frequently only knew their ages by having them handed down in an oral tradition by their parents or relatives. Once forgotten – and they frequently were – people simply guessed. Similarly, unless folk had lived in the same place all their lives, they were frequently unaware of their exact place of birth. In the column reserved for this on the census returns the words ‘not known’ or the initials ‘N.K.’ are commonplace.

Wherever she may have been born, one hopes that Elizabeth Clark was good at her job because a cook could make or mar the tranquillity of a household such as this. ‘Mrs’ Clark – she would have been known by this title whether married or not – would have needed to be a good all-rounder – as capable of sending up a dinner of six or eight courses as a plain roast or a covey of partridges. She would have had complete domination over the kitchen. Its door was one to be knocked on, even by her betters. ‘Cook’s Perks’ were numerous. Elizabeth Clark would have been entitled to sell the household dripping to dealers and to extract hefty commissions from local tradesmen in exchange for her patronage. Whether she suffered from the two vocational failing of cooks – insobriety and dishonesty – we do not know. Provided she did not, she would have been worth her weight in gold. Many a mistress was prepared to put up with a great deal provided she could be confident that the cook would not be found dead drunk and hour before dinner or was not giving away joints of meat to the itinerant woman who made a living by cleaning steps for cooks with hangovers.

In 1858 No.8 Bedford Place was acquired by William Meredith Browne, the Secretary of the Westminster Fire Insurance Office at Nos.27-28 King Street, Covent Garden, and the Chief Actuary to the Westminster General Life Insurance Company. An actuary compiled tables of mortality on which premiums could be based. In 1861 Browne was living at No.8 Bedford Place with his wife, Sarah, his son, William and his daughter, Susan, and four servants. His immediate neighbours included a manufacturer of cattle food (at Nos.6-7) a phyiscian (at No.9) a surgeon (at No.10) and an architect and surveyor (at No.11).

Before 1871 No.8 Bedford Place had been acquired by Timothy Carew, a 78-year-old retired commander in the Royal Navy. Carew was not well-off and his unmarried stepdaughter, Lydia Collis, supplemented the family income by letting rooms. To that degree she began the process which saw this property gradually converted to a commercial lodging-house and then to a hotel. In 1881 the proprietor of this was a 42-year-old widow lady named Amy Bower, a native of Canterbury. Although both Mrs Bower and her residents were eminently respectable, one suspects that at this date No.8 was rather a gloomy sort of establishment.

In 1891 the proprietor of the lodging-house here was Thomas Claxton. Among those who resided here on a semi-permanent basis were two merchants, a salesman and a stockbroker. Claxton sold the property about 1893 to a Mrs Catherine Clarke who in turn sold on before 1920 to a Miss Clara Wood. By 1925 it had acquired its first commercial name: the Delmonico Private Hotel. It has been known as the Thanet Hotel since about 1940. Those who come through its doors today are in a long tradition of owners and occupiers of this distinguished property spanning the best part of two hundred years – from that day in 1803 when Eric Parker, an eminent serjeant-at-law, rode into Bedford Place to turn the key in the door for the first time.

“Happiness is a London hotel called Thanet” I’ve said this before, and I’m saying…

“A very nice hotel in central London” This hotel was clean, beds and rooms…

“Reasonable price for London” We like to stay in Bloomsbury. It is on the…

“Wonderful hotel” Could not fault anything, room was spotless, beds comfortable and breakfast was very…

“Great Weekend” We had a lovely stay at the Thanet, it’s in a great location,…

“Inexpensive last minute booking.” Using Laterooms.com gave us the option of the Thanet. What…